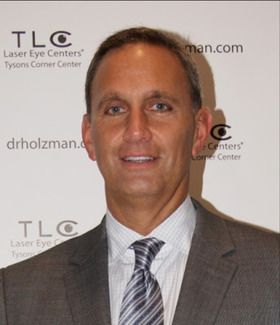 McLean, VA - In patients undergoing LASIK with use of a femtosecond laser for flap creation, pretreatment with a hyperosmotic agent during the week before surgery significantly reduces the risk of intraoperative corneal epithelial disruption, according to the results of a prospective, randomized, fellow eye-controlled single-blind study presented by Andrew E. Holzman, MD.

The study included 248 patients undergoing bilateral surgery who had one eye randomly assigned to bedtime use of sodium chloride hypertonicity ophthalmic solution 5% (Muro 128 5%, Bausch + Lomb) beginning 1 week before surgery and the other eye left untreated. Dr. Holzman rated epithelial integrity at the end of the case, and the results showed there was a 40%, statistically significant, reduction in the risk of the epithelial disruption associated with hyperosmotic ointment pretreatment.

"Epithelial disruption, occurring as a result of flap creation-induced shearing/crushing forces that can damage the basement membrane, is estimated to occur in 2% to 10% of LASIK cases and may lead to prolonged recovery time as well as epithelial ingrowth, flap edema, flap melt, stromal haze, corneal ulcers, recurrent erosion, and decreased BCVA," Dr. Holzman said. "Considering these risks, we suggest performing an adhesion test preoperatively.

"Patients whose epithelium is loose should undergo PRK instead of LASIK," he said. "Based on the results of this randomized study, I am now pretreating my LASIK patients over age 35 with a hyperosmotic ointment."

Dr. Holzman said that he uses a variety of "epithelial-friendly" techniques perioperatively and postoperatively to minimize the risk of epithelial disruption. These include aggressive use of viscous lubricants preoperatively, intraoperatively, and postoperatively. He also has patients keep their eyes closed while waiting for surgery, and instills topical anesthetics only immediately prior to surgery.

In addition, for the past 10 years, Dr. Holzman has been instructing all patients to apply 5% NaCl ointment inside the lower lid at bedtime, beginning 1 week prior to surgery. While it was his anecdotal observation that he's seen few frank epithelial defects in his IntraLASIK cases since initiating hyperosmotic ointment pretreatment, he conducted the randomized study to establish its benefit.

Dr. Holzman performed all of the surgeries and was unaware of which was the treated eye. Epithelial disruption was assessed at the end of surgery by wiping the cornea aggressively with a semi-moist cellulose sponge; based on the amount of movement observed, epithelial integrity was graded on a scale of I (normal, no movement) to IV (frank epithelial defect with surface loss).

The postoperative cornea received a normal grading (I) in 211 (85.1%) eyes pretreated with the hyperosmotic agent compared with 192 (77.4%) control eyes. There were no grade IV frank epithelial defects noted in the treatment group but three such defects were noted in the control, untreated group. The majority of the abnormal grades in both groups were of the grade II variety (i.e., <1 mm of epithelial movement along the flap edge); these were found in 27 (11%) eyes pretreated with the hyperosmotic agent and 42 (17%) eyes in the untreated group.

When controlling for the presence of rosacea, there was a 4.5-fold increased risk for epithelial disturbance among patients older than 34 years old compared with those 34 and younger. When controlling for age, patients with rosacea had a 2-fold increased risk of epithelial disturbance relative to the reference group, although the difference was not statistically significant due to the limited number of those with rosacea.

"It is hard to draw conclusions about the effect of some of the covariates due to small sample sizes," Dr. Holzman concluded. "However, there appeared to be an association between loose epithelium and both rosacea and red hair color."

Results of a prospective, randomized, fellow eye-controlled, observer-masked study support the use of hyperosmotic ointment pretreatment in patients ages 35 and older undergoing LASIK with a femtosecond laser to reduce the risk of corneal epithelial disruption.