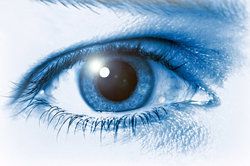 One of the most common complaints about traditional LASIK, especially when it first became available in the United States, was that a small but significant percentage of patients who underwent the procedure emerged with impaired night vision. The degree of this impairment varied from patient to patient, and the condition often improved with time. However, the risk was prevalent enough to dissuade some people who were considering LASIK from committing to the procedure.

Thankfully, much has changed in recent years, and no practice has embodied the positive changes in LASIK technology quite like the practice of Andrew E. Holzman in Washington DC. Custom LASIK not only minimizes the risk of poor night vision, but it also offers patients who previously underwent traditional LASIK an opportunity to improve their night vision through retreatment. Both new LASIK patients and patients looking to improve their previous LASIK results are able to achieve outstanding results through custom LASIK surgery.

How Does Custom LASIK Differ from Traditional LASIK?

Custom LASIK, on the other hand, involves the use of wavefront technology to create an extraordinarily precise and detailed map of the eyes. This map is so accurate down to the smallest flaw that it accounts for even higher order aberrations. Dr. Holzman uses wavefront maps to guide the excimer laser to offer a truly customized LASIK procedure, correcting both common visual errors and the tiny, unique flaws.

The Correction of Night Vision through Custom LASIK

Those concerned with custom LASIK cost should note that, while the initial cost may be higher than with traditional LASIK, the possibility that a secondary LASIK procedure may be necessary will be much less. Overall, custom LASIK is more cost-effective than traditional LASIK and more likely to deliver the crisp, accurate unaided vision that patients desire.

At the practice of Dr. Andrew E. Holzman, we are pleased to offer one of the finest records of success in LASIK surgery in the world. To learn more about custom LASIK and how it can be performed to improve poor night vision, please contact our eye care center today.