The LASIK process is made to be a calm and easy procedure at any TLC Eye Care Center throughout Virginia, Maryland, and Washington D.C. Dr. Andrew Holzman goes into detail about the laser vision correction procedure, from the use of the IntraLase to the Excimer laser, and even what his patients need to do after the quick surgery to start recovery.

DR. ANDREW HOLZMAN: Let me tell you about what the patients can expect on the day of the procedure. They come in and we go over all their paperwork. Usually they've read it already, but we'll review it and make sure they have all their questions answered. Then I'll examine their eyes; make sure that everything looks perfect still, and that the eyes look great and ready to go for the procedure. We'll also give them a pill called Xanax which is going to relax them a little bit. It's not going to knock them out so people are going to be cooperative during the surgery. They're going to be awake, but they're going to be relaxed. So we give them the little pill, and for that reason they need a driver on the day of the procedure. So they're going to come in with a driver. They can expect to be in the center for about an hour and a half. After we've given them the pill and we've gone over the paperwork, answered all their questions, I go through kind of a little pep talk with the patient and I explain to the patient what the procedure's going to be like. I explain some tips and some pearls that's going to help them go through the procedure in a more controlled way and in a more relaxed way. So we go over that. We spend about five minutes explaining what the procedure will be like to them. And then we walk back to the O.R. The O.R. is a very relaxed environment. You can see I have a teddy bear back here. We give the women a teddy bear to hold onto which is something that makes them feel comfortable. I have footballs for guys. And we usually play really nice music. Sometimes we play games with the music. We'll play Name That Tune during the procedure. It's kind of a very relaxed atmosphere while we're working. The entire procedure is designed to keep you relaxed, but to provide you with the optimal result. The first step of the procedure is called IntraLase. The IntraLase procedure is where we make the flap. It's a bladeless procedure. There's no blades used whatsoever. So it's basically kind of a know-touch procedure. It's all laser. That IntraLase procedure creates the flap. It takes about 25 seconds to do that during which time the vision darkens for the patient and there's a mild pressure sensation. The patients that are calm and are going with the flow and are feeling comfortable, which is most everybody, feels very either no pressure whatever or mild pressure. So we really want to keep the anxiety level low and like I said, everything's designed to keep the patient's anxiety very low. After we're done with IntraLase we then move the patient under another machine which is going to fix the vision, and that's called an Excimer laser. We have two of the very best Excimer lasers here at the center and we will choose which one of those two Excimer lasers to use based on some of the patient's previous wave scans or scan results that we have performed on their eyes. So we will move the patient to the second laser and during that time they're going to be looking at the blinking light. There's going to be some sounds. Some zapping sounds. And during that time they're just looking at the light, just thinking, you know, is my face still, am I breathing, and I'm talking to them, coaching them through that. Again, we're playing music and it's usually a very, very calming atmosphere. When we're finished with that, we're all done. The whole thing takes about ten minutes. I look at their eyes. Usually people are, you know, jumping up and very, very happy that they can see. And we look at their eyes and then they go home. There's going to be a little stinging and burning that occurs on the way home when the numbing drops wear off, but we provide the patient with a numbing drop that they can use on their way home. And the main thing to do is go home and take a three-hour nap because a three-hour nap is going to work wonders and when you wake up it's like a miracle. All the burning and tearing is gone, the vision is much better and that's when people are really, really happy. The next day most people are able to go to work, drive and get back to their normal routines.® 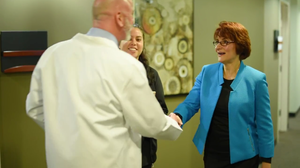 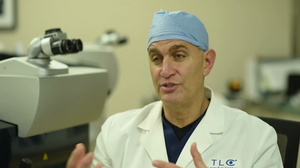 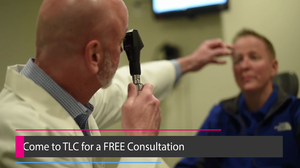 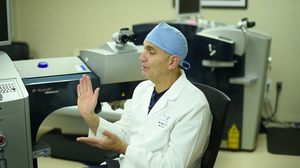 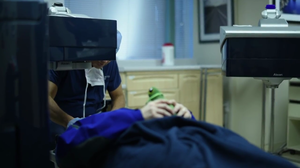 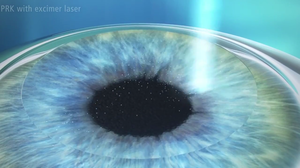 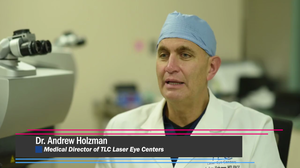 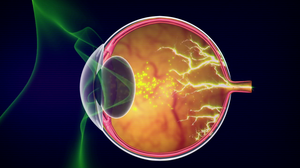 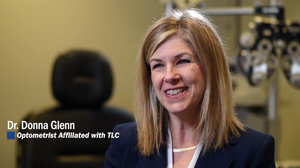 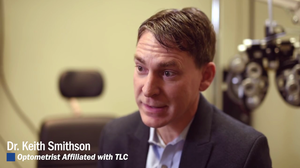 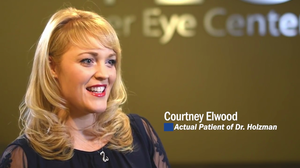 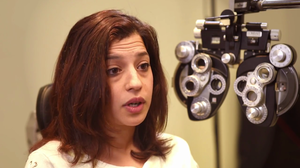 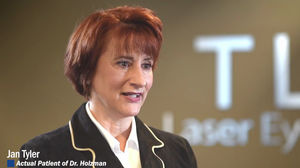 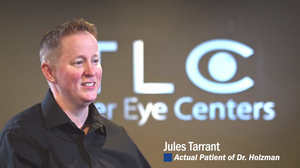 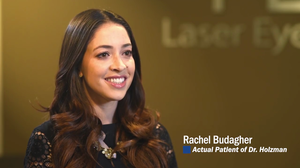 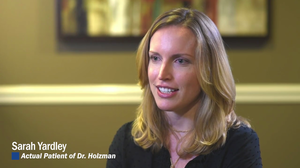